We arrived at Villafranca de Córdoba and found the ACSI CC listed campsite on the edge of the town so stayed for a couple of nights. Taking a short stroll into the town centre in the evening we found it busy with preparations in the main plaza and people gathering by the church, many women and girls wearing traditional flamenco dresses. After a couple of fireworks there was a procession through the streets with women carrying a large statue of San Isidro Labrador, the patron saint of farm labourers. Once they arrived at the arena the celebrations began with a "flamenco rock disco" band to entertain and the cooking of 15,000 fried eggs in large pans. We joined the long queue and eventually got our eggs with a bread roll at about 11 o'clock. The band kept playing and people danced although most tunes sounded the same and oddly no one clapped at the end of each song. I think we were the only English tourists there! 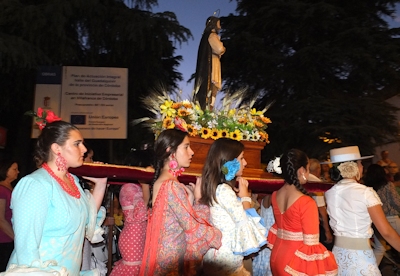 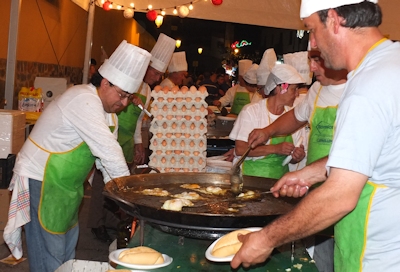 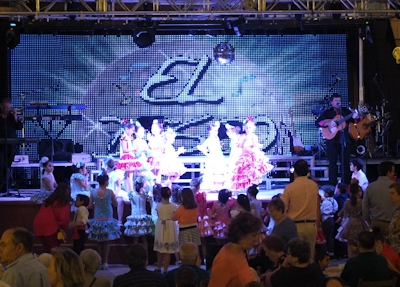 The next morning luckily was fine as people gathered at 10 o'clock for the Romería de San Isidro Labrador, a pilgrimage procession to a local ermita then a few kilometres further to a farm. Now the statue was carried on a decorated wagon drawn by two massive oxen and followed by many more wagons and floats with most people including the children in traditional dress, either walking or on magnificent horses with the ladies riding side-saddle and young children being carried. Although the pilgrimage had a religious theme the wagons were loaded with food and drink for a picnic. We found out they would return in the early evening so positioned ourselves on the roadside to watch as they returned, some the worse for drink but still cheerful. 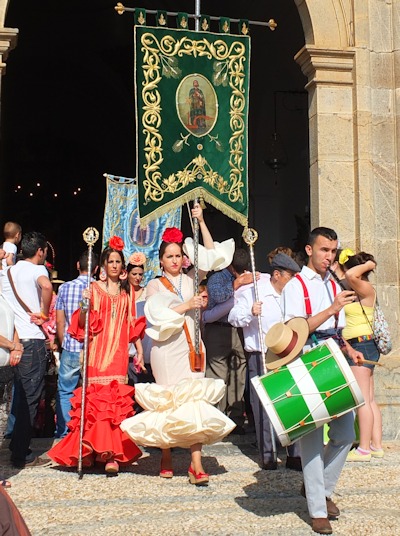 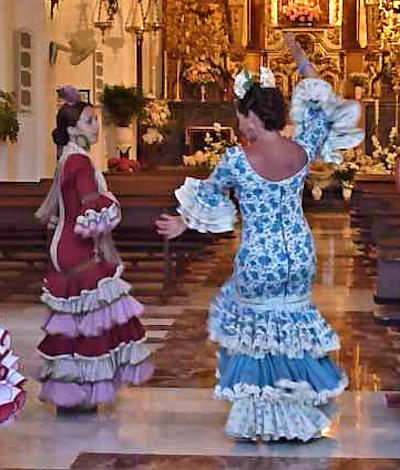 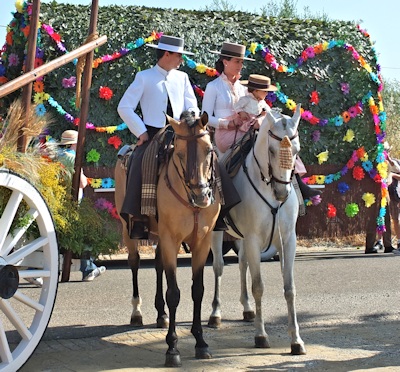 a family day out 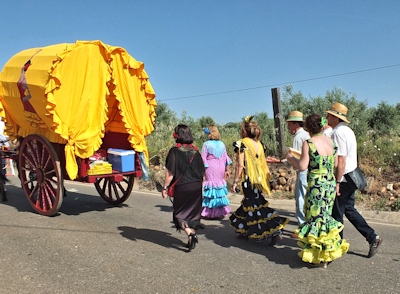 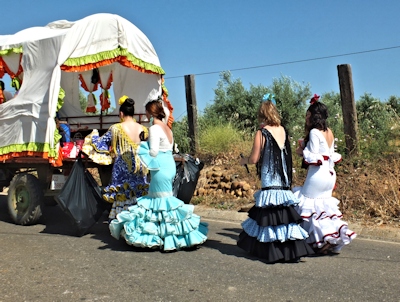 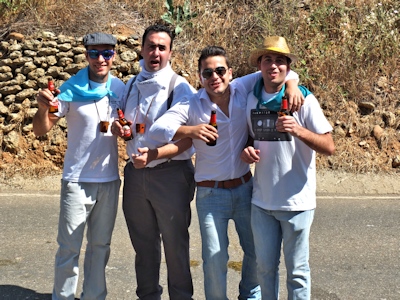 they had a good day! 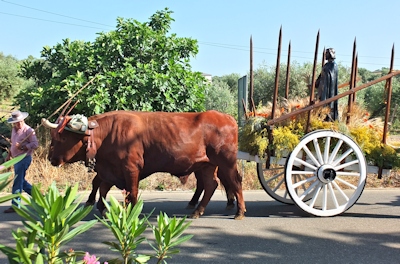 San Isidro on an ox cart 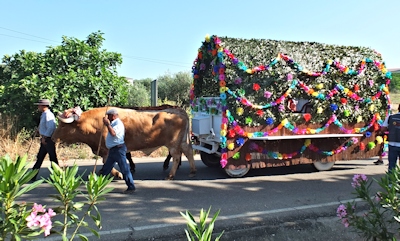 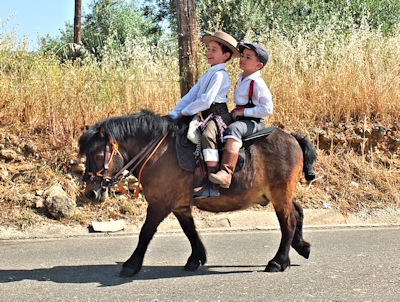 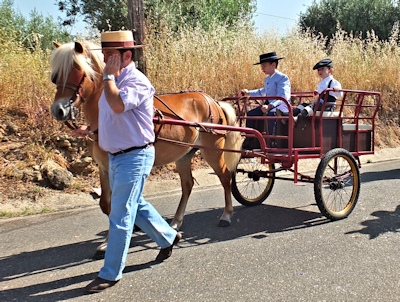 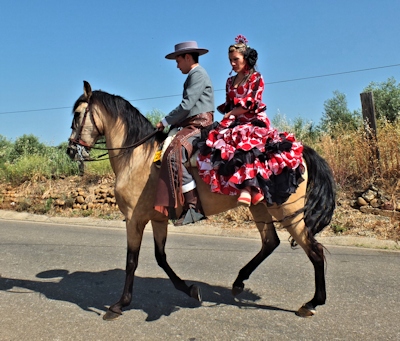 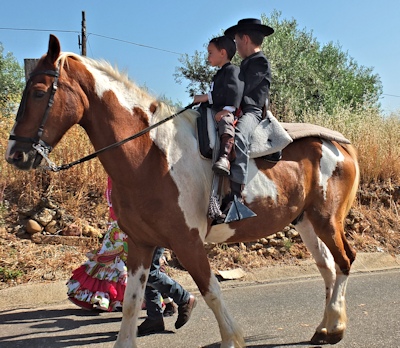 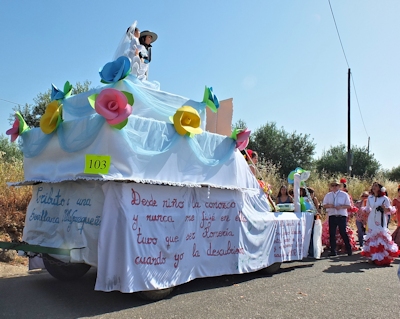 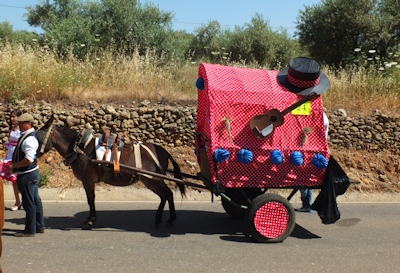 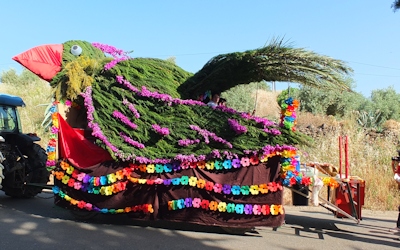 After the colourful events of the last couple of days we spent the evening sorting through the many photos and studied the maps and guides to decide where to go next. The next morning was warm and sunny as we drove through a couple of larger and busy towns of Castro del Rio and Baena, a centre for olive oil production and turned off across olive covered hills to the old puerto blanco of Zuheros set beneath high cliffs.


<< the Patios of Córdoba