Motorhome and Away
Europe 2015 - From Holland to Bodensee


From Holland to Bodensee


Arriving at the Hook of Holland late afternoon we drove towards Rotterdam then took the motorway north to reach Gouda and our first free night (parking at the official aire is free on Sundays) along with about a dozen motorhomes of various nationalities. After a peaceful night we strolled the short distance to the attractive old town centre with its impressive town hall, narrow canals and many cheese shops, although never mind seven day shopping in Europe, everywhere was closed on a Monday morning. We then set off towards the German border at a leisurely pace on minor roads along the banks of the Waal (Rhine) before reaching the busy bypass around Nijmegen and soon found the main road through Kleve and Goch to reach Kevelaer, a pilgrimage town, although we didn't visit the town centre. 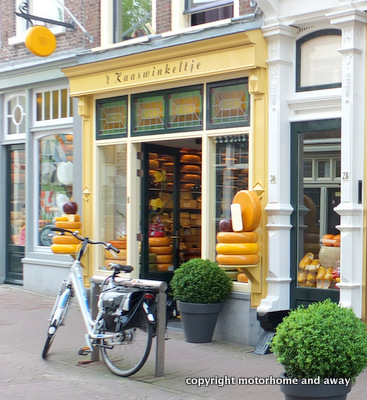 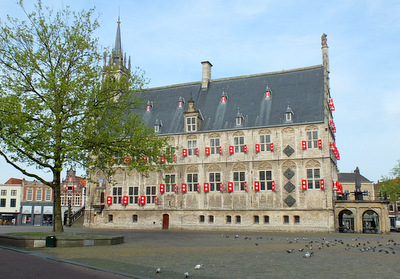 The next morning we continued south passing many large market gardens and huge greenhouses and after following slow lorries for several kilometres decided to join the A61 autobahn which wasn't very busy. After bypassing Mönchen-Gladbach we turned off near Euskirchen into the wooded Eifel National Park and stopped overnight at the stellplatz at Bad Münstereifel. Surprised to see large car parks around the town we wandered into the old town centre with timber framed buildings to discover many outlet shops for designer clothing and fashion accessories, although there were few customers around on a Tuesday late afternoon. It was a short drive from there to the Mosel valley, diverting to look at the Nürburgring motor racing circuit where they were preparing for an event in a few days time so the place was full of massive trucks and luxury motorhomes. We continued down to Cochem, a busy and touristy town on the Mosel and found a parking place on the promenade but it was too busy for an overnight stop. After a stroll around the town we managed to buy a cheap Lebara sim card as Germany wasn't included in the "Feel at home" rate for the Three Mi-fi units. We continued west along the Mosel valley and spotted a stellplatz on the opposite bank at Neef, a small village with many wine cellars. We picked a good sized pitch on the large grass meadow for the night but in the evening a Dutch motorhoming family squeezed into the gap and by the time they put out their awning were virtually at our side door - we managed to pull forward a few yards but we think our van must be invisible at times!

Continuing south we reached Kaiserslautern, a large busy town. It was Ascension Day, a public holiday, so most places were shut but there were crowds heading to a park for some event. From there we drove up through forest roads and came across a large crossroads at Johaniss Kreuz with a restaurant and hundreds of bikers gathered. Keeping a close watch for fast bikes in our rear view we drove on through winding forest roads of the Pfälzer Wald to reach our next night stop at Annweiler am Trifels with another altstadt to wander around, although it seemed rather run down with many empty shops. As we parked up the brakepad wear light came on although we had had the van serviced just before we started our trip. The light didn't come on as we set off the next morning so we continued across country to bypass Karlsruhe on the autobahn then back on country roads to reach the small town of Wildberg on the eastern fringe of the Black Forest and a pleasant small stellplatz by a park and old klosterhof (monastery) across the river from the hilltop town. As it was so peaceful and sunny we decided to stay a second night and just enjoyed a leisurely walk  through the meadows and forest. 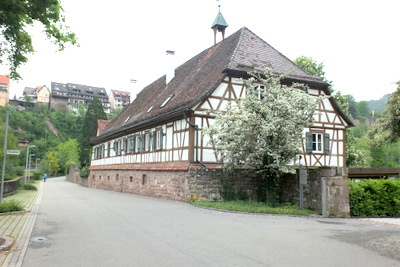 Our journey south took us across more rural scenery over long winding roads where motorbikes were banned at weekends, to the Donau valley with pretty towns and villages and reached the larger town of Stockach where there was a stellplatz at a motorhome dealer's selling mostly Hymer and Burstner models. As it was early afternoon we continued to Lake Constance (Bodensee) at Bodman-Ludwigshafen, a small lakeside resort, and found signs permitting overnight motorhome parking at parking P2, overlooking the lake by the strandbad. A stroll around the town led us to some interesting quirky statues and a strange large mural - we weren't sure what the locals thought of some of the naked figures!

As it was sunny the next day, we decided to drive around the head of the lake and down to the famous Mainau gardens at Konstanz but first we spotted another large motorhome dealer on the edge of the village, selling Knaus models so we had a good look around as the our new Weinsberg motorhome we had on order was built by them. We then took the main road and followed the signs to the Mainau Island gardens, not cheap at €19 each plus €4 parking! The island covers 45 hectares and is a very popular destination with extensive laid out flower borders and arboretum, and a large baroque castle with an impressive chapel in the grounds. We were surprised to find they were digging up the spring bedding at the entrance although it was still in full flower, but many rhododendrons were in full bloom. We spent several hours there with plenty to see including an insect friendly garden and butterfly house and a large children's adventure play area even with rafts on a pond. 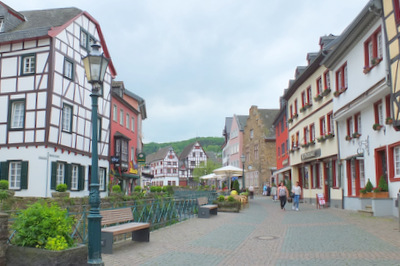 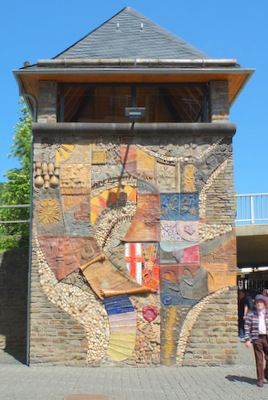 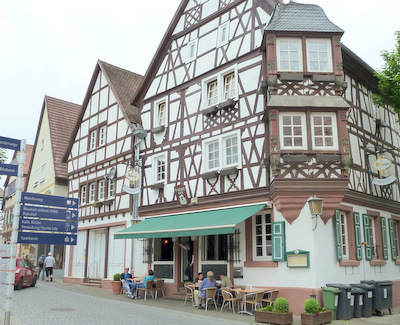 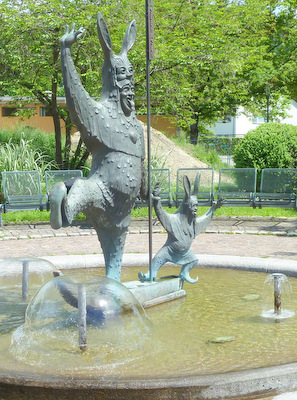 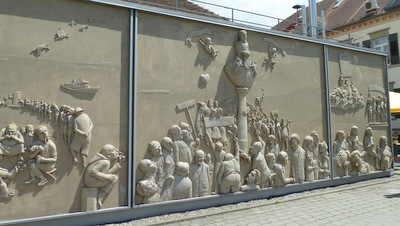 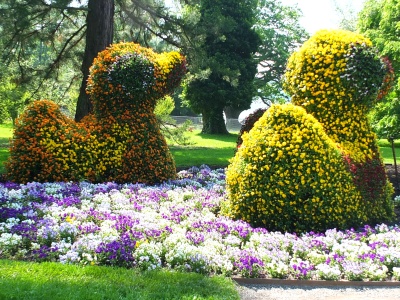 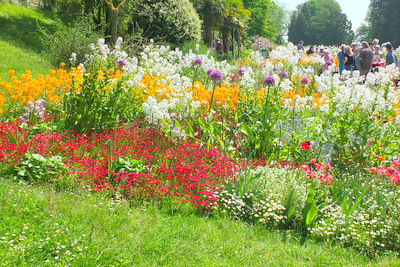 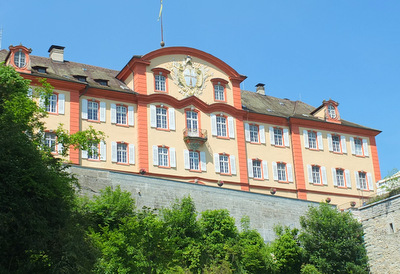 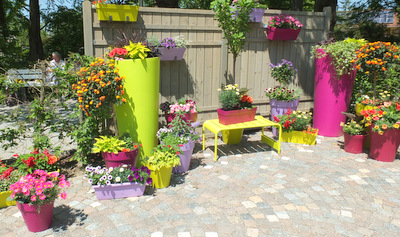 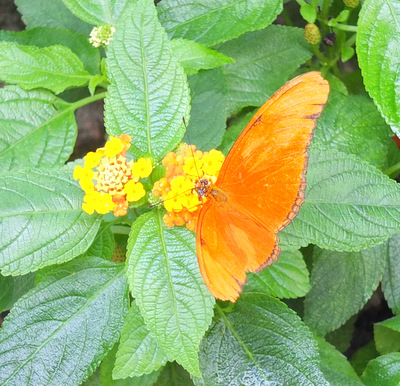 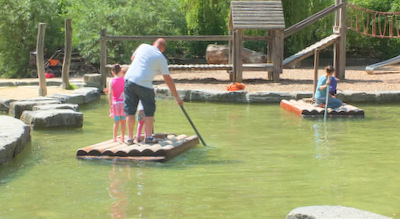 On leaving the gardens, rather than driving back around the tip of Lake Constance we took the vehicle ferry at a costly €16.80 across to Meersburg where we found the large stellplatz on the edge of the town but near the noisy bypass. Motorhome parking wasn't permitted along the lakeside but there was a shuttle bus from the stellplatz.